Worldwide, we’re seeing strong growth in organics and grass fed farming. More and more Americans are becoming familiarized with the drawbacks of factory farmed beef, and the fact that when herbivores are grazed naturally, without hormones, antibiotics and other drugs, you end up with a healthier — and generally safer, less contaminated — product.

According to a May 23, 2019, report by Bloomberg, grass fed beef sales rose by 15% in the last year.1 Unfortunately, the current food system still leaves a lot to be desired and the largest players still cling to the status quo of large-scale factory farms that produce massive amounts of toxic and disease-causing waste.

For example, at least some of the foodborne outbreaks from romaine lettuce occurring in 2017, 2018 and 2019 appear to be the result of bacterial contamination originating from E. coli-contaminated manure.2

While traceability is key for food safety, the U.S. appeal for country of origin labeling was rejected by the World Trade Organization in 2015 for unfairly discriminating against imports.3 In other words, you’re not allowed to know where your food comes from simply because that might influence your purchasing decision.

The ramifications are keenly evident in the beef industry, where tainted beef is being exported around the globe while local ranchers struggle to compete with bottom-priced imports. One piece of good news, though, is that the U.S. recently decided to maintain its ban on Brazilian beef, which in 2017 was found to contain vaccine-induced abscesses and other quality problems.

June 22, 2017, the U.S. suspended imports of fresh beef from Brazil,4 the fifth largest beef exporter to the U.S. The ban came on the heels of an investigation by Brazil’s Federal Police, which revealed Brazilian food inspectors accepted bribes, falsified sanitary permits and allowed expired meats to be sold across the globe.5

Nearly 1,900 politicians also received bribes to the tune of $186 million over the course of a few years, including former presidents Luiz Inacio Lula da Silva and Dilma Rousseff.6

Dozens of federal food inspectors were placed under arrest, and J&F Investimentos, the holding company of JBS SA, one of Brazil’s largest meatpackers and a prime suspect in the corruption investigation, agreed to pay $3.2 billion in fines.

The U.S. Department of Agriculture began inspecting 100% of Brazilian meat imports in March 2017, after the scandal made international headlines.7 Among the problems discovered during inspection were abscesses in the meat — a problem Brazilian deputy agriculture minister Eumar Novacki claimed was due to rare adverse reactions in some cattle to vaccines that prevent foot-and-mouth disease.8

According to Novacki, the reactions pose no risk to public health, but their presence still highlighted widespread quality control problems. As reported by Reuters June 26, 2017:9

“The Agricultural Ministry’s linkage of the abscesses to vaccines was questioned by some experts. Vaccines for foot-and-mouth disease are the No. 1 vaccines used in animals worldwide, said James Roth, director of the Center for Food Security and Public Health at Iowa State University …

Roth said ‘any injection into an animal might rarely produce an abscess’ if the needle is dirty. However, ‘]I]f abscesses are showing up in the meat, there has to be a failure in the slaughter plant because those should be caught and removed’ …”

While several countries banned Brazilian meat in March 2017, the U.S. didn’t suspend imports until June 22 that year,10 after meat inspections resulted in 11% of Brazilian meat imports being sent back. Normally, the rejection rate is around 1%.

March 12, 2019, after a nearly two-year-long ban, Brazil’s Minister of Agriculture Tereza Cristina said she was optimistic that upcoming talks with the White House would lift the ban,11,12 but things didn’t turn out as she’d hoped.

In October 2019, the U.S. told Brazil the ban on fresh meat imports will remain in place.13 While it’s heartening to know that the U.S. is insisting on proof of change, there are still plenty of problems in the American beef market that are being overlooked.

For example, while the Tariff Act of 1930 requires imported beef to be labeled with its country-of-origin “unless the beef undergoes substantial transformation” in the U.S.,14 the U.S. Department of Agriculture has argued that imported beef can be treated as U.S. beef if it comes from a country with food safety standards that are equivalent to those in the U.S.

So, as long as it’s processed in a U.S. facility, it can be labeled “Product of USA”15 — even if that processing involves nothing more than unwrapping and rewrapping the package, or cutting a piece of meat into smaller pieces.

This misrepresentation has significant ramifications for American farmers, who have to compete with lower priced imports. According to the American Grassfed Association (AGA), “U.S. cattle producers received higher prices for their cattle when the origins of foreign beef was distinguished in the marketplace.”16

This is particularly true for grass fed beef, about 80% of which is imported into the U.S. from other countries,17 primarily Australia. Considering the steady growth of grass fed ranching in the U.S., why are we still importing the vast majority of it?

One of the main reasons is because Australia can produce it at a lower cost, as their climate allows for year-round grazing. In fact, in Australia, grass fed is the norm; 70% of the cattle there are raised on open pasture.18

Raising grass fed beef in Australia costs 59 cents per pound. In the U.S., that cost is around $1.55 per pound for large-scale producers, and may go as high as $4.26 per pound for a small producer.19

Contamination with pathogens and drugs is another widespread problem plaguing the conventional meat industry. As reported in “Majority of Supermarket Meats Are Still Riddled With Superbugs,” 8 in 10 supermarket meats are contaminated with fecal bacteria, many of which are resistant to antibiotics, and factory farmed meats are three times more likely to contain drug-resistant bacteria than grass fed beef.

This really is no surprise, since overuse of antibiotics in livestock is the primary driver of antibiotic resistance, and concentrated animal feeding operations (CAFOs) routinely use antibiotics. They also use a number of other drugs, and they too can end up contaminating the meat.

As reported by Consumer Reports in August 2018,20 drugs such as ketamine (a hallucinogenic anesthetic), phenylbutazone (an anti-inflammatory pain reliever known to cause blood disorders and cancer), nitroimidazole (an antifungal drug with suspected carcinogenic activity) and chloramphenicol (an antibiotic associated with toxic effects in humans) are all found in the U.S. meat supply.

“The data — as well as Consumer Reports’ review of other government documents and interviews with farmers, industry experts, government officials and medical professionals — raise serious concerns about the safeguards put in place to protect the U.S. meat supply,” Consumer Reports states.21

As for how are these drugs enter the meat supply, Consumer Reports lists a number of possible routes, including improper use (such as giving too high a dose or administering too close to slaughter), counterfeit drugs,22 contaminated feed and intentional misuse.

In my view, the factory farm system is indeed a breeding ground for intentional misuse, as profits are tied to the weight of each animal. For example, Consumer Reports notes that:23

“… cattle that can’t stand on their own are not allowed to be used for meat. So … lame cattle are sometimes given phenylbutazone — a painkiller — shortly before slaughter, so they can ‘get the animal through the slaughterhouse gates without anybody looking closer.’”

Contaminants are also found in nonorganic collagen products, which makes sense since they’re a byproduct of the meat industry. Unless certified organic and grass fed, that collagen is most likely a CAFO byproduct.

As reported in “Buyer Beware: Most Collagen Supplements Sourced From CAFOs,” testing of nonorganic bone broth and bone broth protein products in 2017 revealed the presence of contaminants such as:

Other studies have shown CAFO animal bones and hides can also be a source of heavy metals such as lead,25 which is another potential concern when buying nonorganic animal products.

The take-home message here is that if you’re going to use a bovine collagen product (derived from cows), you’ll want to make sure it’s certified grass fed, ideally by the American Grassfed Association, which has the most rigorous standards.

Keep in mind that this applies not only to collagen supplements but also to gelatin, commonly used in cooking and baking. If you’re using a poultry-based collagen supplement, make sure it’s certified organic by the USDA,26 as this is the only organic label that relates directly to food.

• Protect the environment — Regenerative grazing systems help restore grasslands, build soil and protect water supplies, whereas the concentration of manure in and around feedlots pollute air, soil and water 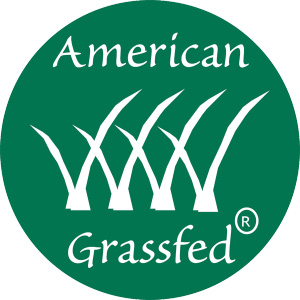